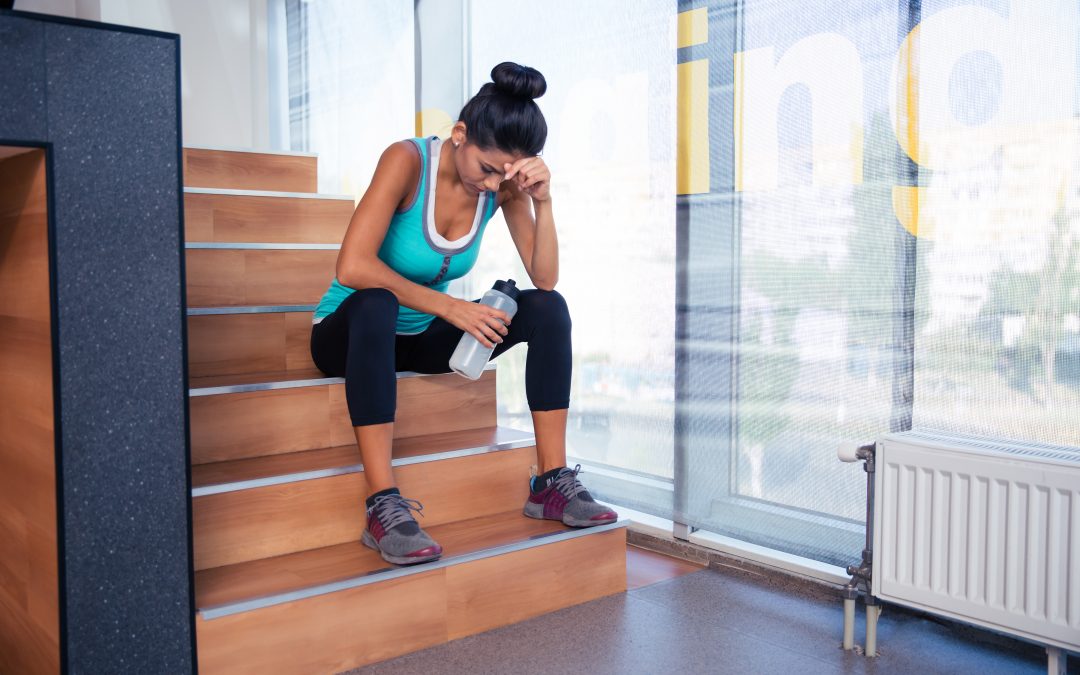 Chronic Fatigue Doesn’t Have To Be Permanent!

When something has the word “chronic” in it, that can sound pretty intimidating.

But don’t be disheartened! There are ways to heal from chronic fatigue and reclaim your life, health, and happiness.

One of the best ways to learn about a more hopeful future and the path to recovery is hearing from people who have been where you are. And this is one such person!

Then unfortunately I chose to marry a closet alcoholic and it was a violent marriage. I started not sleeping well. I was experiencing random bouts of violence and was feeling high, high stress. I started feeling exhausted again. In my case, I don’t detox well. I don’t do well with synthetics and prescription drugs and those types of things. In the process of getting divorced I moved into a place that had new carpeting and new paint and the off gassing of those made my symptoms even worse. I went from being exhausted to being sick. The second time was worse than the first time. It was devastating to me because I thought that chapter of my life was over. I thought I had taken care of it.

Do people who have Chronic Fatigue Syndrome suffer from it daily or is it possible not to feel the symptoms for a few weeks, months or a longer period of time?

Most people feel it daily.  Some might not have symptoms for a few days here and there, or it could be a longer period of time they don’t feel symptoms, like weeks or months, but that doesn’t seem to be as common.

How did you get into natural medicine for Chronic Fatigue Syndrome?

I got into natural medicine because of my ski accident. I couldn’t get my knee past 90 degrees and they told me this was as far as it was going to go. I told myself, ‘This can’t be true.’ They had prescribed me all of these anti-inflammatories and what is now called Aleve. I got horrible, horrible depression from the Aleve. I took myself off of everything and I went and saw a naturopath. It was the first time I talked to anyone except for my doctors. He said that I was getting inflammation from all of the drugs I was taking and he suggested arnica which is a gel I put on my knee. Then internally he suggested I take papaya and devil’s claw supplements as anti-inflammatories.

After doing that I went back to rehab and got all the mobility of my knee back. The doctors were really surprised. From that experience I got very curious. I got a job at a natural foods store working in the supplements department and I was there for seven years. I got a lot of training in seven years and my health got better and better in that time period.

Deep breathing controls the nervous system and it can bring you back to where you can start to heal. It is essentially starting with your belly and breathing really slowly and rhythmically. You breathe in for three or four seconds all the way through your diaphragm and then you breathe out for the same amount of time. You want to get your body into a pattern of breathing slowly and deeply and this will calm your nervous system down which will trigger the relaxation response. The relaxation response is where people heal. You want to breathe deeply and slowly until you feel calm. That is harder for some than for others. Anxiety is common with people with Chronic Fatigue Syndrome.

The idea is to try and get people to do breath like this all the time, but it takes practice. Health itself is a practice. You want to practice it until you are automatically and unconsciously breathing this way. It sounds like too much, but after awhile your body will adjust.

Is there one thing that helped you more than anything else in curing your Chronic Fatigue Syndrome?

I would say self care was the most important which is a big umbrella, but by that I mean nutrition and conscious living and having boundaries with other people and myself. It is about taking care of my nervous system as well as nutrition and exercise. It is about taking care of myself physically, emotionally and keeping myself as calm as possible. I set terrible, terrible boundaries. My marriage is an example of that. On some level I knew he was an alcoholic and I married him anyways. That is not a good boundary. Out of that all of this chaos ensued.

Dealing with chronic illnesses – especially ones that aren’t obvious to other people – can feel very isolating. But it’s important to remember that you’re not alone! Other people have dealt with the same symptoms, the same struggles, and got past them into a better life.

And if they can, so can you!

Here’s another personal account of discovering, fighting, and living past chronic fatigue syndrome.

How Karen Healed From Chronic Fatigue Syndrome
Seven years ago I was diagnosed with Chronic Fatigue Syndrome (CFS, also known as Myalgic Encephalomyelitis/Encephalopathy). Overnight my life came to a standstill. At that time I didn’t really know what ME/CFS was; I was vaguely aware of it being referred to as “yuppie flu.” So armed with my diagnosis, I started researching the illness, and more importantly, how to get better.

I soon became aware that conventional medicine was not going to be the answer, but that didn’t phase me. I am a typical Type A (the classic kind of person prone to CFS). I read what I thought at the time was a great book on how to overcome the illness, put a plan in place, and expected to have it nailed in six months at the most. Well, it probably won’t surprise you to hear that my strategy did not work.

Actually, for the first couple of years I attacked getting better in the same way I had previously lived my life, the life that had resulted in total burn out. Ooh – hindsight makes me cringe!

A few years ago I started working with a specialist ME/CFS clinic and they had a holistic approach to recovery: physical, psychological, emotional and so on. And although, I ultimately didn’t achieve full recovery by working with this clinic, it is here I began to understand the level of changes I was going to have to make in my life to get better, and I began my journey of discovery and healing.

I started to understand that CFS was a rather loud message from my body that my previous lifestyle was not serving me, and that I had to make some fundamental changes to the way I lived my life.

I learned about nutrition and I followed an extensive supplement program. But more significantly, I began to address the psychological component of a physical illness, and the spiritual/emotional side of recovery.

In the last few years I have added to my treatment program:

Acceptance of my new life

The biggest changes came when I accepted that getting better was not about reclaiming my old life, but about building a new life, a life that suits me like  my gorgeous red dress, not my jeans that are too small and I try to squeeze into!

I now have no desire to return to my stressful, fast-paced life and “big” job of seven years ago. I have started a new career as a freelance writer – and basically I now take really good care of myself. In return, my body is now strong and healthy again.

It has been an incredible journey and I have changed nearly every aspect of my life. I believe that it is because I have been prepared to do whatever it takes (including facing up to my own role in all of this, which can be really tough), that I have made such big health improvements.

Are you ready to write your own recovery story?