Which Vitamins Are Best For Fibro?

Many fibromyalgia patients receive prescriptions from their doctor to help combat their pain, fatigue, depression, or any number of other symptoms. But there are also naturally derived supplements that can help with these things, too. Below are a few of the main vitamins and minerals that we recommend for treating the symptoms of fibromyalgia; take a look over what they can do and consider bringing a list of options to discuss with your doctor. 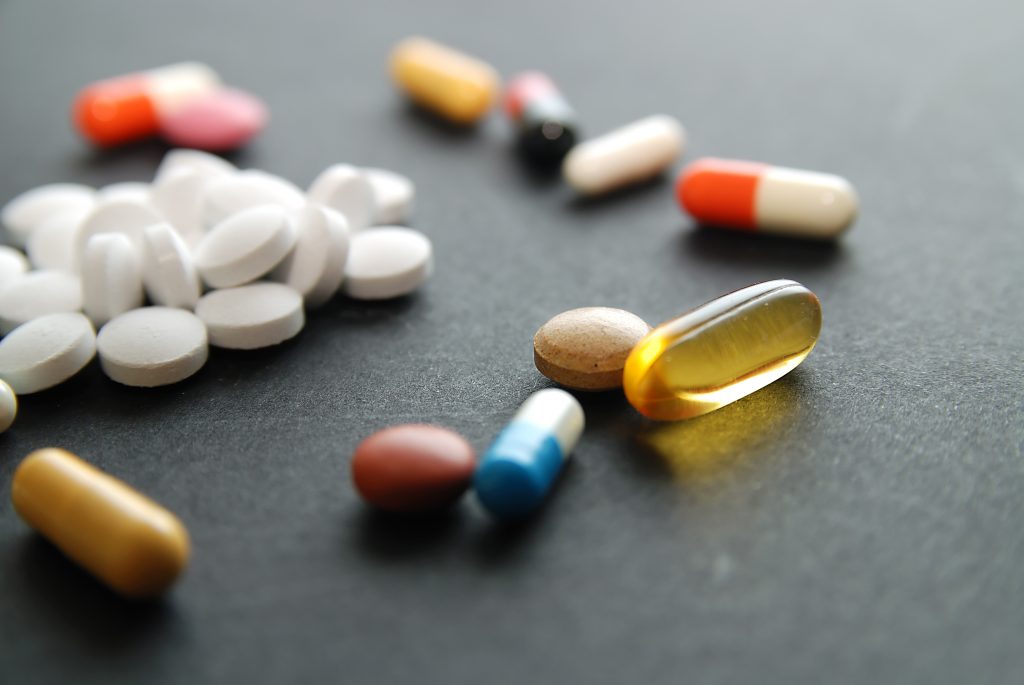 The “sunshine vitamin” isn’t only good for building bones.

It can help fight fibro pain and fatigue, too, according to a 2014 study published in the journal Pain.

For the study, 30 women with fibromyalgia – who were also deficient in vitamin D – were divided into two groups. The treatment group received oral vitamin D supplements for 20 weeks. The control group received a placebo.

Starting after just one week, the treatment group showed improved physical functioning, had less morning fatigue than the placebo group and reported a marked reduction in pain.

The body produces vitamin D when skin is directly exposed to the sun – our best source. But some people don’t produce enough of the nutrient, according to the National Institutes of Health. These include women who are older, dark-skinned or obese.

People with certain disorders, including celiac or Crohn’s disease – as well as those who aren’t exposed to ample sunlight (or who wear sunscreen) – are also likely to be deficient. (Read about 11 natural remedies for Crohn’s management.)

Because few foods contain vitamin D, swallowing supplements is the easiest way to ensure you get enough.

The government’s daily recommendation of vitamin D is 600 international units (IU) for anyone 1 to 70 years old, and 800 IU for people 71 and up – to a maximum of 4,000 IU per day, according to the National Institutes of Health.

But ask your doctor how much you should take to combat your fibro symptoms.

Thanks to its omega-3 fatty acids, fish oil has terrific anti-inflammatory properties, which can help reduce fibro pain.

It reduces the body’s production of inflammatory hormones (prostaglandins), says Nehad Soloman, M.D., a board-certified rheumatologist for Valley Arthritis Care in Arizona. And that may mean less stiffness or fewer tender joints.

Take 1 or 2 capsules (or 1 or 2 tablespoons) daily to reduce inflammation and boost your immunity, recommends the University of Maryland Medical Center. But check with your doctor first – especially if you take blood-thinning medications, such as aspirin or warfarin (Coumadin).

S-Adenosyl methionine, more commonly known as SAMe, is a synthetic form of a compound the body naturally produces.

We need it for proper immune function, and it plays a role in forming cartilage and our DNA, Dr. Soloman says.

As we age, our bodies produce less of it, which may explain the increased aches after your 40th birthday. Taking a SAMe supplement not only lessens chronic pain, it also can boost your spirits. These 5 other natural mood-lifters help too.

“SAMe assists in the production and breakdown of neurotransmitters, such as serotonin, norepinephrine and dopamine – brain hormones that influence and regulate moods,” Dr. Soloman says.

In fibro studies, the recommended dosing is 400 mg twice a day for six weeks, starting with a lower dose (about 200 mg daily) and increasing gradually to avoid stomach upset, according to the University of Maryland Medical Center. But dosing varies by patient, so ask your doctor.

Tight muscles are a common cause of fibro pain. To relax and release, muscles need energy, Dr. Teitelbaum says. And that’s where ribose supplements come in.

Ribose, a simple sugar, can increase energy by an average of 61% – and cut the pain experienced by fibromyalgia sufferers by an average of 15.6%, according to a 2012 study Dr. Teitelbaum led, published in The Open Pain Journal.

“The energy-building benefit of ribose directly improved the debilitating symptoms of this condition,” Dr. Teitelbaum says.

As with any other ailment, it’s vital when you have fibromyalgia to make sure your body has what it needs when it comes to nutrition. Both from food and supplements, be sure to find out what your system might be missing and work that extra nutrition in to make sure you’re working from as strong of a foundation as possible.

Nutritional support, exercise, herbs, and mind-body techniques may help reduce symptoms. If you are pregnant, or thinking about becoming pregnant, do not use any CAM therapies unless directed to do so by your physician.

You can address nutritional deficiencies with the following supplements:

– via University of Maryland Medical Center

What supplements have you tried to get a leg up on your fibro pain? Have any lifestyle changes made a difference?