Benefits of Inositol for Anxiety and PCOS 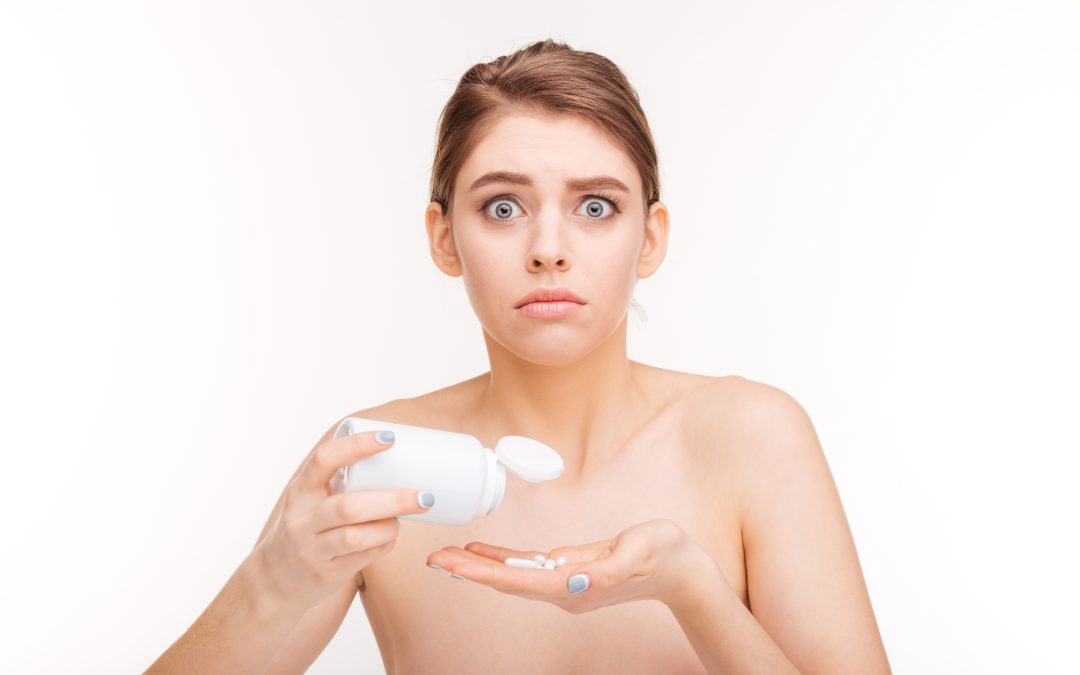 If you struggle with anxiety and are looking for a natural remedy to give you some help in calming your thoughts and finding some mental serenity, then inositol might be just what you need!

Inositol is found in high concentrations in the brain where it facilitates communication between the billions of brain cells.

And neurotransmitters play a major role in most aspects of your life — mood, productivity, ability to handle stress, ability to learn and remember, sleep, cravings, addictions, and more.

Because inositol is a part of so many brain chemical systems, it can help a wide array of mental health conditions.

1. Inositol is a valuable natural remedy for anxiety and panic attacks.

Anti-anxiety medications don’t work for everyone and many users can’t tolerate their side effects.

Inositol is a natural anti-anxiety remedy that has proven useful for all kinds of anxiety including panic disorder, obsessive-compulsive disorder, and agoraphobia. (1)

One study found it reduced panic as well as the popular medication fluvoxamine, and without side effects. (2)

2. Inositol may be helpful for depression.

Depression is the most common modern mental malady and it affects women twice as often as men. (3)

Inositol levels are lower than average in people with depression.

So while treating depression with inositol seems logical, the evidence for inositol as a natural depression remedy is mixed.

In one study, there was a significant improvement in depression symptoms even when patients discontinued their antidepressants. (4)

Interestingly, this effect was more pronounced in women then men. (5)

However one meta-analysis of studies concluded that, while there were no negative side effects, the evidence for using inositol for depression was insufficient. (6)

Mood disorders that respond positively to SSRIs also generally respond to inositol supplementation. (7) If you are one of those people who does not benefit from SSRIs, chances are you will not benefit from inositol either.
– via Be Brain Fit

Inositol Can Help Win Your Battle With PCOS!

Do you have anxiety or depression related to PCOS? What about extra body hair, acne, excess weight, sleepless nights, monster periods, or other symptoms?

Inositol is considered one of the best supplements for women battling PCOS because it targets the root of your problem, rather than just patching over the symptoms for the time being.

Here are just a few of the ways that Inositol can help set your body back on the right path of balance and health.

Many women with PCOS struggle with insulin resistance. Inositol naturally made by the body is actually an important messenger molecule in insulin signalling.

Insulin in the blood stream binds to receptors on cell walls, which sets off a biochemical cascade that leads to glucose being taken in and used by cells. Inositol is part of this reaction.

Inositol powder also has been found in clinical trials to reduce serum testosterone. High levels of testosterone and other androgens is a classic symptom of PCOS, causing a variety of symptoms from excessive body hair to infertility. Women with PCOS who take inositol have been found to have around one-third as much testosterone as those who are not using this supplement.

Reducing testosteron1e levels not only relieves symptoms caused by high levels of this hormone, but allows other hormones to come into a better balance. Having high levels of one hormone often leads to overproduction or underproduction of others, as the endocrine system tries to achieve homeostasis.

One of the unfortunate side of effects of high androgen levels is unwanted hair growth. Men naturally have body and facial hair due to testosterone, but women usually do not have testosterone levels needed to create unwanted hair.

Women with PCOS who take inositol powder have a large decline in testosterone levels. Researchers believe that inositol helps their bodies to clear testosterone more quickly, which reduces symptoms such as unwanted hair growth.

Inflammation is a common discomfort for women with PCOS. Cysts on ovaries can become inflamed or even cause inflammation in other organs in the lower abdominal region. These can lead to pain, pressure, distention of the abdomen, and other unpleasant symptoms.

Inositol has been found to reduce or even eliminate inflammation. It helps to prevent some of the side effects of ovarian cysts, which are part of living with PCOS.

Inositol is a component of phospholipids, which are part of all cell membranes in the human body. Without adequate amounts of inositol, membranes break down and do not function as well.

One of the most unpleasant manifestations of membrane breakdown is a loss of healthy nerve function. Nerve cell membranes are essential in sending and receiving signals. People who suffer an inositol deficiency, which is common in women with PCOS, may notice areas of numbness and tingling or chronic pain with no real explanation.

Taking inositol has been found to improve nerve function, keeping a healthier body and a more stable nervous system. This can help women with PCOS to lead healthier, more active lives.

While poor sleep is not a criteria for PCOS diagnosis, it seems to be common among women with this syndrome. PCOS comes with discomfort, stress, and other factors that can have a negative effect on sleep.

Falling and staying asleep depends to a great extent on having good nervous system health and healthy levels of serotonin. Inositol not only improves the function of nerve cells, but also helps to increase levels of serotonin. These together contribute to higher quality sleep and less trouble falling asleep.

In addition, inositol communicates with GABA receptors in the brain. GABA receptors are responsible for calming, stress relief, and other mental processes that are crucial to sleep. If you feel like you could use a better night’s sleep, inositol powder is likely the right treatment for you.
– via Fertility Chef

Have you ever taken inositol? What was the result?