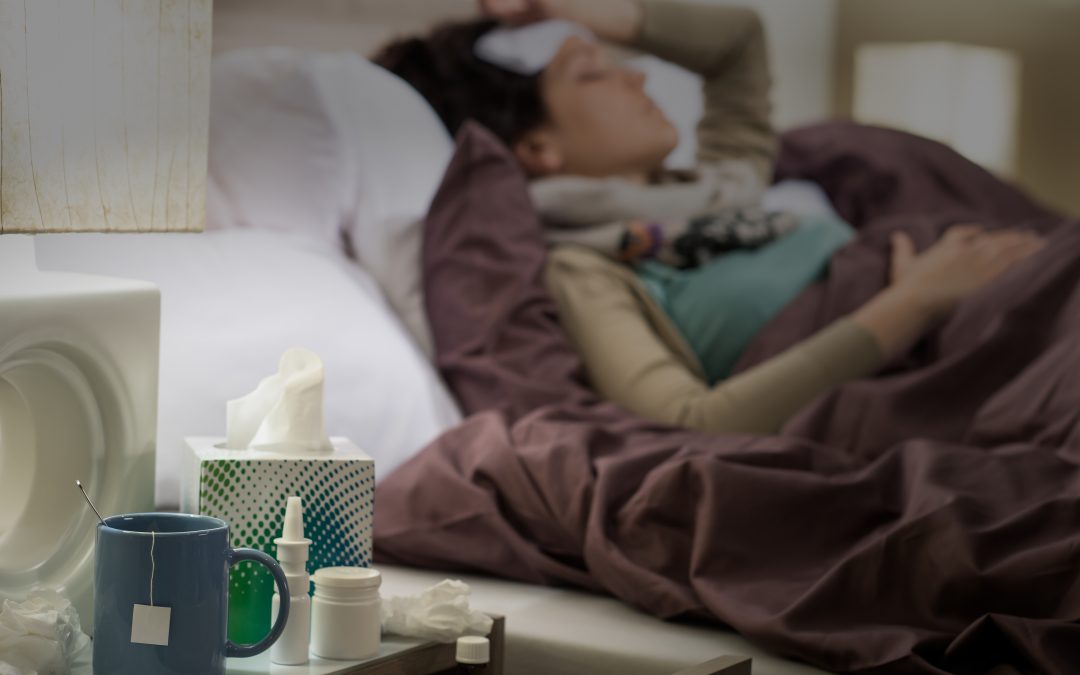 Does Stress Have To Make You Sick?

We all know stress can make you feel bad – but it doesn’t have to make you sick. It’s easy for highly stressful situations to trigger health issues – like heart issues, anxiety, or IBS. But learning how to control your reaction to stress, even when you can’t change the stress itself, could change the way you feel all the time, no matter what happens.

Studies show people with medical conditions such as heart disease, mental illness, or other chronic diseases are most vulnerable to the negative consequences of stress, but healthy people are also at a risk.

The link between stress and heart-related problems has been widely studied, and researchers say that mental stress increases the body’s demand for oxygen by raising blood pressure and heart rate. For people who already suffer from heart disease, this additional burden can increase the risk of heart attack, stroke, and even death.

Stress can also act as a trigger for heart attack or stroke in people with undiagnosed heart disease, according to David S. Krantz, PhD, chairman of the department of medical and clinical psychology at Uniformed Services University in Bethesda, Md.

He says stress can set off dangerous plaque ruptures in people who may not know that they’re in the early stages of atherosclerosis, or hardening of the arteries, and those ruptures can lead to potentially life-threatening events like heart attacks or strokes.

That means any pre-existing medical condition that is influenced by a nervous system response such as chronic pain, IBS (irritable bowel syndrome), digestive disorders, or headaches is likely to become exacerbated by stress when the already overworked system becomes overloaded by additional stress.

In addition, Tovian says anyone with anyone who suffers from a history of mental illness, such as depression and anxiety, is also at risk for a worsening of symptoms at times of extreme stress.
– via WebMD

Two Sides Of The Coin

There’s something to be said that while controlling your stress is important, focusing on your health through stress is just as vital. Paying attention to both sides of this coin can make both better – your health and your reaction to stress.

It’s all too easy for stress to absolutely take over your life – but focusing on yourself and your health, putting priorities where they matter, could be one of the most important steps that you take.

Maintaining a healthy lifestyle during troubling times may reduce some of the negative effects of stress on the body, and the accelerated aging that can come with it, researchers say.

In a new study of 239 women, ages 50 to 65, researchers examined whether having a healthy diet, exercising and sleeping well could reduce the effects of stress and aging at the cellular level. The study participants reported their health and behaviors, as well as whether any major stressful events such as losing a job or going through a divorce, that occurred during the yearlong study.

To look at the effect of stress on cells, the researcher measured the length of cell structures called telomeres, which are protective “caps” at the end of chromosomes. Telomeres shorten slightly each time cells divide, and their length is thought to be an index of a cell’s aging. The researchers took blood samples from the participants, once at the beginning of the study and again a year later, to measure the changes in the white blood cell’s telomeres.

The results showed that major stressful events were linked with a shortening of telomeres. However, healthy behaviors had a mitigating effect — women who engaged in more healthful behaviors experienced a smaller decline in telomere length for every major stressful event that occurred during the year. [8 Tips for Healthy Aging]

But women who exercised less, ate poorly and slept less had more telomere shortening, even though they had similar levels of stress, according to the study, published today (July 29) in the journal Molecular Psychiatry.

The findings suggest “that keeping active, and eating and sleeping well during periods of high stress are particularly important to attenuate the accelerated aging of our immune cells,” study researcher Eli Puterman, an assistant professor of psychiatry at the University of California, San Francisco, said in a statement.
– via The Huffington Post

How do you handle big stress in your life?