If your stress has gotten out of control – or you’re feeling the effects of it more now than you used to – your cortisol levels could be too high. Cortisol, your stress hormone, is a vital piece of your body’s ability to function and handle stressful or dangerous situations; it’s a key element of your fight or flight response!

But when you face lots of stress and your body produces more cortisol than it needs, it can create an imbalance in your system that results in all kind of symptoms, including weight gain, fatigue, and sleep issues, among others. This is a great breakdown of why it matters to rebalance your system and a few ways to start, right at home. 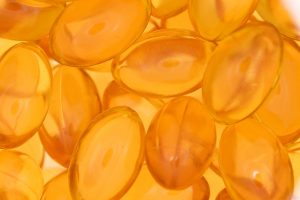 As much as we might close our eyes tightly and try to resist and control it, stress is an inherent part of life. However, through adequate nourishment and care, we are able to put the body’s biochemical systems back on track, shifting the way that we relate to stress so that it does not shatter our everyday experience and stifle our creative expression. Building a nutrient dense diet is essential to healing the adrenals, as is participating in healthy fitness that involves adequate amounts of rest and recovery.

It is generally important to partner with a supportive practitioner who understands the intricate workings of cortisol imbalance on disease, to devise a detailed diet and lifestyle plan that works for you. However, in addition to these general modifications here are several safe and evidence-based adjunct therapies that you may find helpful as a begining to recovering your stress-worn system.

Extensive research has shown that a high quality fish oil like cod liver oil, skate liver oil or krill oil, rich in omega-3s and fat-soluble vitamins, can effectively lower cortisol levels that were increased by mental stress. Fish oil, especially when coupled with a source of vitamin K2, also provides the foundational nutrients that are beneficial in replenishing depleted hormonal stores and gland reserves.

Due to our desk-sitting habits and stress-driven culture, many of us have actually altered the musculature of our natural posture and have become rapid, shallow, chest breathers. This breath habit compromises oxygen flow, weakens the abdominals, causes adrenal strain, compresses organs, creates lower back pain, and stimulates adrenaline-cortisol release. Learning how to breathe properly can neutralize this effect and turn off the HPA alarm.

Numerous studies have found that the frequent release of adrenaline and cortisol involved in an unresolved stress response is strongly correlated with decreased magnesium. What’s worse? It all works in a vicious cycle: because magnesium is an integral part of nerve conduction and electrolyte balance, low levels can confound sensations of anxiety, sleep disturbance and depression. Increase your magnesium stores by eating magnesium rich foods and using magnesium oil.

Ever see “natural remedies” or “quick fixes” online and wonder how reliable they are? It’s helpful to see some kind of research backing the advice, and below is a great example of that – not only do you see percentages of improvement, but each tip is backed by a study examining its effects in a controlled environment.

How Much Of An Effect Do These Natural Remedies Have?

Music can have a calming effect on the brain, especially while you’re facing down a major stressor. When doctors at Japan’s Osaka Medical Center played tunes for a group of patients undergoing colonoscopies, the patients’ cortisol levels rose less than those of others who underwent the same procedure in a quiet room. Even if an invasive gastrointestinal exam isn’t in your immediate future, you can forestall cortisol spikes in other stressful situations—when hosting dinner for your in-laws, for instance—by queueing up background music. And to wind down faster at bedtime, listen to something soothing instead of watching TV.

What’s the difference between getting six hours of sleep instead of the suggested eight? “Fifty percent more cortisol in the bloodstream,” Talbott says. When a group of pilots slept six hours or less for seven nights while on duty, their cortisol levels increased significantly and stayed elevated for two days, found a study at Germany’s Institute for Aerospace Medicine. The recommended 8 hours of nightly shut-eye allows your body enough time to recover from the day’s stresses, Talbott says. When you fall short of the mark, take a nap the next day—Pennsylvania State University researchers found that a midday snooze cut cortisol levels in subjects who’d lost sleep the previous night.

To Cut Cortisol 31%…Schedule a massage

A little pampering can rub your stress levels the right way. After several weeks of massage therapy, subjects’ cortisol levels decreased by nearly one-third, on average, according to studies at the University of Miami School of Medicine and elsewhere. In addition to keeping cortisol under control, massage sessions reduce stress by promoting production of dopamine and serotonin, the same “feel good” hormones released when we socialize with pals or do something fun.

Have you ever tried the advice above to reduce your cortisol levels? What stress reducers have worked best for you?