Could Meditation Be The Key To Freedom From Stress?

The Power Of Meditation For Handling Stress

You’ve likely heard about meditation before, but did you know that the benefits aren’t only for your mind and soul, but for your body as well?

Whether the practice of meditation is a spiritual one for you, or simply a physical process to calm your nerves and reset your adrenal system, there are countless powerful benefits from even the smallest journey into calm, mindful meditation. 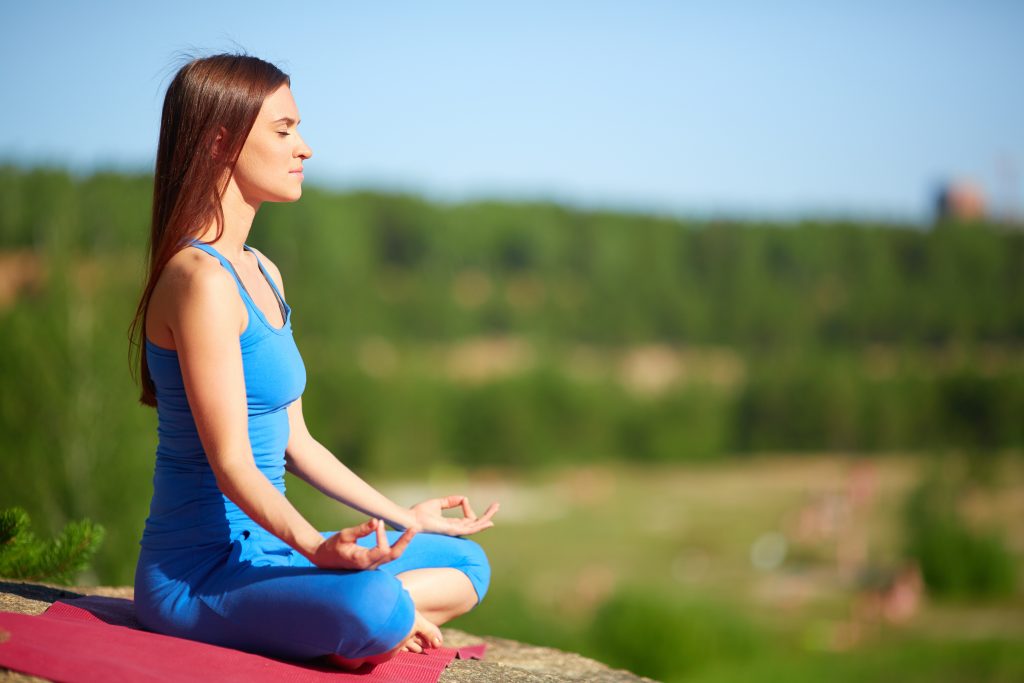 Cortisol is released in response to fear or stress by the adrenal glands as part of the fight-or-flight mechanism. The fight-or-flight mechanism is part of the general adaptation syndrome defined in 1936 by Canadian biochemist Hans Selye of McGill University in Montreal. He pubished his revolutionary findings in a simple seventy-four line article in Nature, in which he defined two types of “stress”: eustress (good stress) and distress (bad stress).

Both eustress and distress release cortisol as part of the general adaption syndrome. Once the alarm to release cortisol has sounded, your body becomes mobilized and ready for action—but there has to be a physical release of fight or flight. Otherwise, cortisol levels build up in the blood which wreaks havoc on your mind and body.

Any type of meditation will reduce anxiety and lower cortisol levels. Simply taking a few deep breaths engages the Vagus nerve which triggers a signal within your nervous system to slow heart rate, lower blood pressure and decreases cortisol. The next time you feel yourself in a stressful situation that activates your ‘Fight-or-Flight’ response take 10 deep breaths and feel your entire body relax and decompress.

Setting aside 10-15 minutes to practice mindfulness or meditation will fortify a sense of calm throughout your nervous system, mind, and brain. There are many different types of meditation. “Meditating” doesn’t have to be a sacred or new-agey “woo-woo” experience.

I suggest that you do more research, visit a meditation center if you can, and fine-tune a daily meditation practice that fits your schedule and personality.

Remember, you can meditate anytime and any place. There don’t have to be strict boundaries to when and how you do it.  Mindfulness and meditation is a powerful de-stressor and cortisol reducer that is always in your toolbox and at your fingertips. You can squeeze in a few minutes of meditation on the subway, in a waiting room, on a coffee break… I hope this advice is helpful to you.
– via Psychology Today

The Effects Of Mindfulness

The benefits of meditation are far reaching, but one of the biggest ones is the increase in day-to-day mindfulness that many people experience.

Mindfulness, in its most basic sense, is the ability to be present in the current moment, no matter what is happening, rather than focusing on the past or worrying about the future.

The ability to be mindful, to stay fully engaged in the present moment, is both very simple and very powerful. But it takes practice – we all know how easy it is for our minds to wander to past hardships or future concerns. Practicing meditation will help teach you how to calm your mind enough to be fully present without giving in to the onslaught of daily stress.

Focusing on the present rather than letting the mind drift may help to lower levels of the stress hormone cortisol, suggests new research from the Shamatha Project at the University of California, Davis.

The ability to focus mental resources on immediate experience is an aspect of mindfulness, which can be improved by meditation training.

“This is the first study to show a direct relation between resting cortisol and scores on any type of mindfulness scale,” said Tonya Jacobs, a postdoctoral researcher at the UC Davis Center for Mind and Brain and first author of a paper describing the work, published recently in the journal Health Psychology.

High levels of cortisol, a hormone produced by the adrenal gland, are associated with physical or emotional stress. Prolonged release of the hormone contributes to wide-ranging, adverse effects on a number of physiological systems.

The new findings are the latest to come from the Shamatha Project, a comprehensive long-term, control-group study of the effects of meditation training on mind and body.

In the new study, Jacobs, Saron and their colleagues used a questionnaire to measure aspects of mindfulness among a group of volunteers before and after an intensive, three-month meditation retreat. They also measured cortisol levels in the volunteers’ saliva.

During the retreat, Buddhist scholar and teacher B. Alan Wallace of the Santa Barbara Institute for Consciousness Studies trained participants in such attentional skills as mindfulness of breathing, observing mental events, and observing the nature of consciousness. Participants also practiced cultivating benevolent mental states, including loving kindness, compassion, empathic joy and equanimity.

“The more a person reported directing their cognitive resources to immediate sensory experience and the task at hand, the lower their resting cortisol,” Jacobs said.

According to Jacobs, training the mind to focus on immediate experience may reduce the propensity to ruminate about the past or worry about the future, thought processes that have been linked to cortisol release.

“The idea that we can train our minds in a way that fosters healthy mental habits and that these habits may be reflected in mind-body relations is not new; it’s been around for thousands of years across various cultures and ideologies,” Jacobs said. “However, this idea is just beginning to be integrated into Western medicine as objective evidence accumulates. Hopefully, studies like this one will contribute to that effort.”
– via UC Davis News & Information

Have you ever practiced meditation? What do you think about bringing more mindfulness and presence into your day to day life?